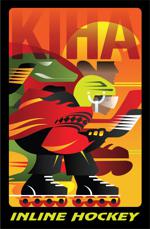 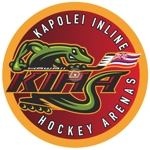 Will "The Thiller" Gabor Is Ready For Action

The Thriller dances around the crease like Michael Jackson.

William Gabor "The Thriller" as he is known at KIHA dances around the crease with moves like Michael Jackson.  Some comparisons are:  1. He wears a white glove on his left hand.  2. He started the season out by wearing a black jersey and now he wears a white jersey.  (you may have to think about this one for a while).  3. He has been seen doing the moon walk when moving to the far post.  4. He is known for his name/song "Thriller".  5. He has many slogans as a goalie that sound like titles of Michael Jackson's songs such as, I'll Be There, Dancing Machine, You Can't Win, Shake Your Body, Off the Wall, Smooth Criminal, Someone Put Your Hand Out, Thriller, On the Line, Unbreakable, and my favorite, Beat It.

With comparisons to Michael Jackson there is no question Will "The Thriller" Gabor is a hot commodity at KIHA.  Watch this guy on a weekly basis and you'll find yourself picking up that old Michael Jackson album and slipping on a little white glove yourself.  Just be careful where you grab.  HUH!!!